.Ladies and gentlemen, I’d like to invite you to start our trip across Brazil. We will travel safe and comfortable. Take your seats, connect your desktops, laptops, or smartphones.

Our first stop will be Santa Catarina, more specifically the capital city, Florianopolis: The Island of Magic.

Florianopolis was settled by immigrants coming from Azores Islands in the XVIII century. Some neighborhoods keep much of the Azorean culture. In Santo Antonio de Lisboa, one of the oldest neighborhoods along Ribeirao da Ilha and Lagoa da Conceiçao, the first plots of land were handed over to Portuguese in 1698. The first families arrived just in 1748.

Walking through these neighborhoods is like to go back in time, in the traditional Portuguese villages that were made up of a square, a church higher up, surrounded by terraced houses, one or two main streets parallel to the sea and a few side streets.

The famous Lagoa da Conceiçao also preserves some houses from that time. Fishing and religious traditions are still quite strong. Dom Pedro II visited locality on two occasions: 1845 and 1861. On this second visit, the emperor presented the Church of Nossa Senhora da Conceição, built in 1750, with two bells, which are still in place. To go up to the church, you can take the “Ladeira dos Escravos”, a stone path built for Dom Pedro's visit.

Arriving in the city center, Azorean architecture is also noticeable, especially in Praça XV and on Conselheiro Mafra and Felipe Schmidt streets, where old houses have been transformed into shops.

Nossa Senhora do Desterro Cathedral was built in the same place where there was an old chapel, built in 1678 by the city's founder, the pioneer Francisco Dias Velho. The Cathedral is a heritage listed by the State and the Municipality.

Jardim da Praça was built between 1885 and 1887 and received large trees, such as imperial palms, Indian ficus and Ficus Benghalensis, in this set of plants was the Centenary Figueira, considered as a symbol of the place. Some say it was born in 1871 in a garden that existed in front of the mains church and that it was transplanted to its current place in 1891. In 2014, a restoration of the 143-year-old Figueira was completed, which gave it a prospect of survival of another 150 years.

By the way, about the Centenary Figueira, there are folklore traditions for those who visit it for the first time:

1. For good luck: Hand in hand visitors must take the three laps around them, counterclockwise.

2. To return to Florianopolis: take a walk in around the tree.

3. For those who want a relationship: two turns clockwise to date and three turns to get married.

NOTE: When in doubt, do all the laps!

And speaking of folklore traditions, according to the locals, the affectionate nickname “Island of Magic” is not only due to the exuberant beauty of the place, nor to the fact that, upon visiting Florianopolis, one is enchanted and ends up moving to the island, but for the legends that talk about the witches who populated the island. Franklin Cascaes (1908-1983), in the book ‘O fantastico na Ilha de Santa Catarina’, brought together 32 of these legends told by the Azoreans who came to the island.

..."this island, formerly Nossa Senhora do Desterro, until very few years ago, plunged into the mists of the legends of imaginary beings: (...) witches, sorceress and bewitched ones who dragged their fates in the dead hours of the night, through the woods and in the immensity of the seas"... excerpt from the short story Balanço Bruxólico.

Another of these legends is about the Pedras do Itaguaçu, which have a very interesting history to explain the stones in the place, “organized” in that way. It is said that there was a beautiful lawn where many people rested. On one occasion the Elementals decided to have a beautiful and big party, they invited everyone. There were Witches, Boitatá, Saci, Curupira, Werewolf among others. They just didn't invite Tibinga (devil) because he smelled like sulfur and was very ugly. On the day of the feast Tibinga looked down and saw the feast. For not having been invited, out of anger, he turned all the Elementals to stones and the beautiful lawn to sea.

The Lagoa da Conceição and the Lagoa do Peri, they say, are the result of a forbidden love between the Witch Conceição and the Indian Peri. Both were forbidden by their people to be together. The witches did not accept the Indian among themselves and the Indians, in turn, didn’t want to know about the witches. Thus, a witch's curse turned Peri into a pond, which when you look at the map, you can see its shape as a heart. The witch Conceição, desolate with sadness, cried so much that she ended up becoming the "Lagoa da Conceição"

According to others, even on the map of Florianópolis it is possible to see, in disguise, a witch. Witches have been part of oral literature all over the world. Everything that didn't have a logical explanation was explained through the supernatural. In Florianópolis, it was no different. In ancient times, with no electricity and fear of the noises heard at dawn or the woods swaying because of the wind, there were stories that witches were walking around, doing their own thing.

But not everyone knows about these legends and stories. People come to Florianópolis for other reasons, the main one being the beautiful beaches of the island.

The beaches of Florianópolis receive visitors from all over the world. There are about 500 kilometers of beaches framed by the Atlantic Forest and lagoons. Despite 42 beaches are well known to the public, a complete mapping of the beaches in the capital of Santa Catarina showed that there are more than 100 beaches, in addition to a dozen that were not included in this list because being so unknown, they did not even have a name.

Perhaps the most famous, Jurerê Internacional is compared to Miami Beach popularity of its restaurants, bars, beach clubs, nightclubs and other sophisticated establishments, all well frequented by celebrities, famous DJs and younger audiences. There are beautiful and luxurious houses there, which, according to comments, makes the place the most expensive square meter in Brazil. Those who want luxury, but not so much excitement, have the option of staying in Jurerê, called "traditional" or "old", but no less distinguished, since none other than the renowned architect Oscar Niemeyer designed the project, with emphasis on the boulevards that lead to the beach.

Another famous in the world of surfers is Praia da Joaquina, the stage for international competitions. It is said that it was named after a woman of that name who died of grief on its sands in the nineteenth century, at the loss of her love in those seas.

To end our tour of Florianópolis, we turn our eyes to the Hercílio Luz Bridge, illuminated by the sunset, the night is calmly coming, the bridge lights come on and the scenery becomes appropriate to enjoy the rest of the night in the numerous bars and restaurants on the famous “Floripa” night. Do you already know Florianópolis? Do you know any legends? And of the places, which one is your favorite?

Next week our trip will be to the northeast of the country, we have good news to tell you about Fortaleza. Don't miss our trip next week, we look forward to your company on this adventure 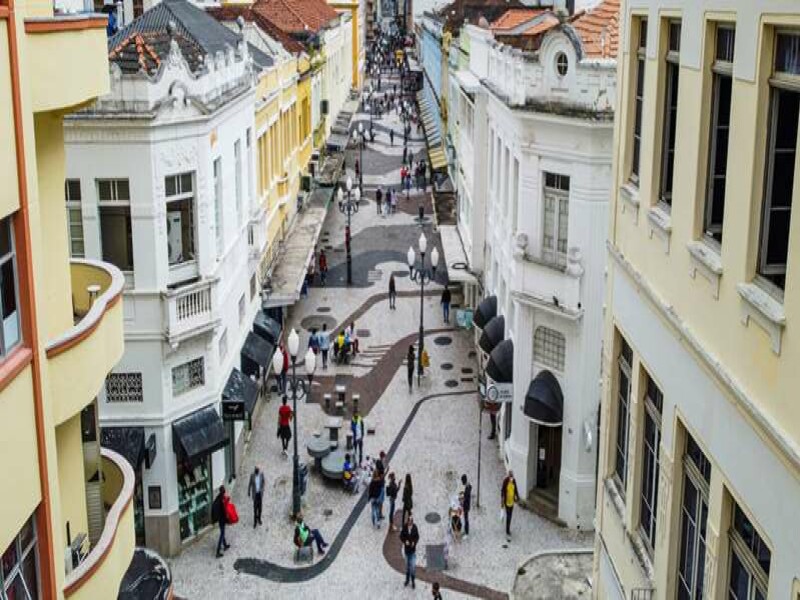 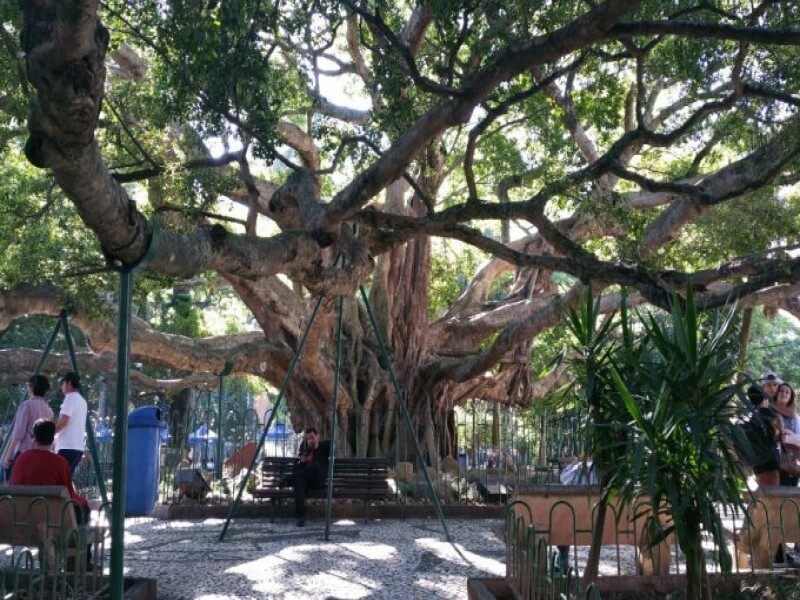 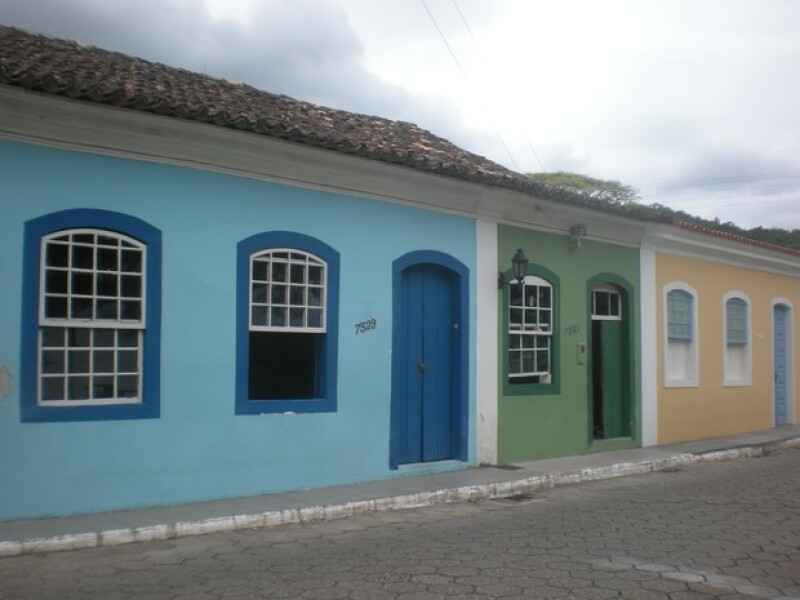 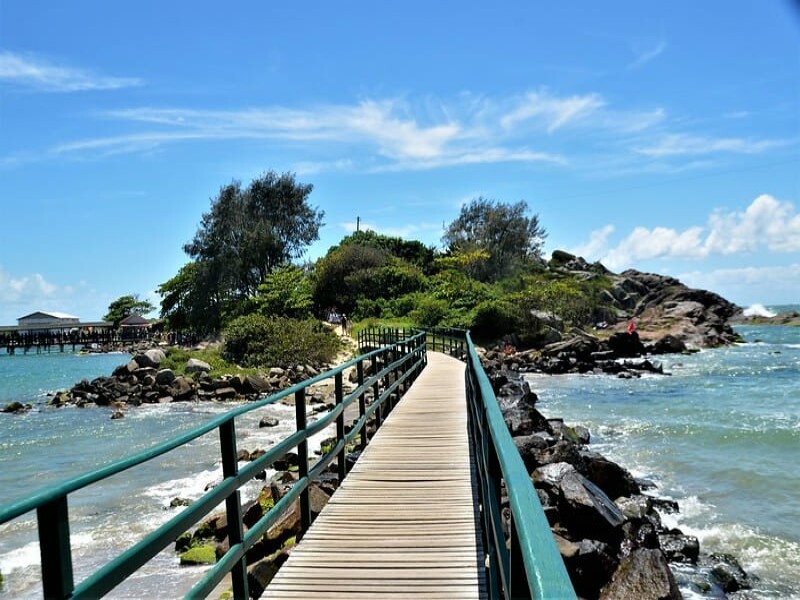 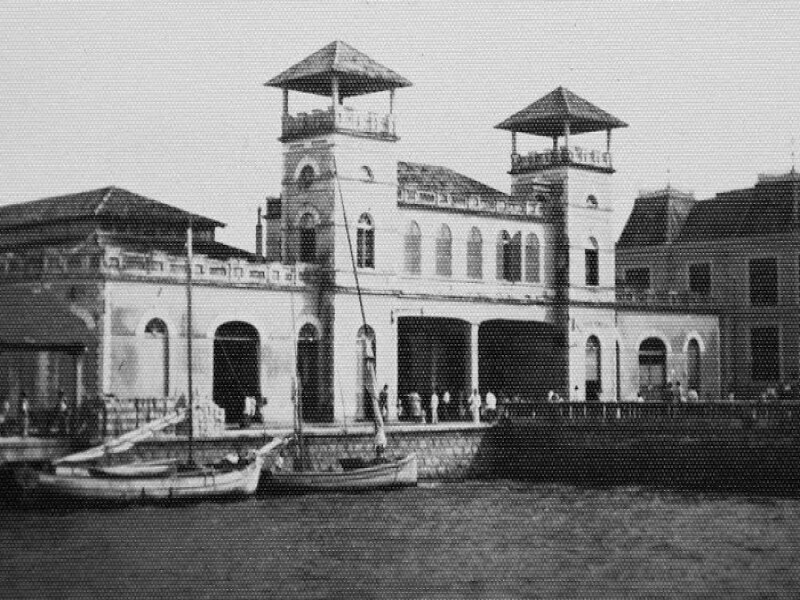 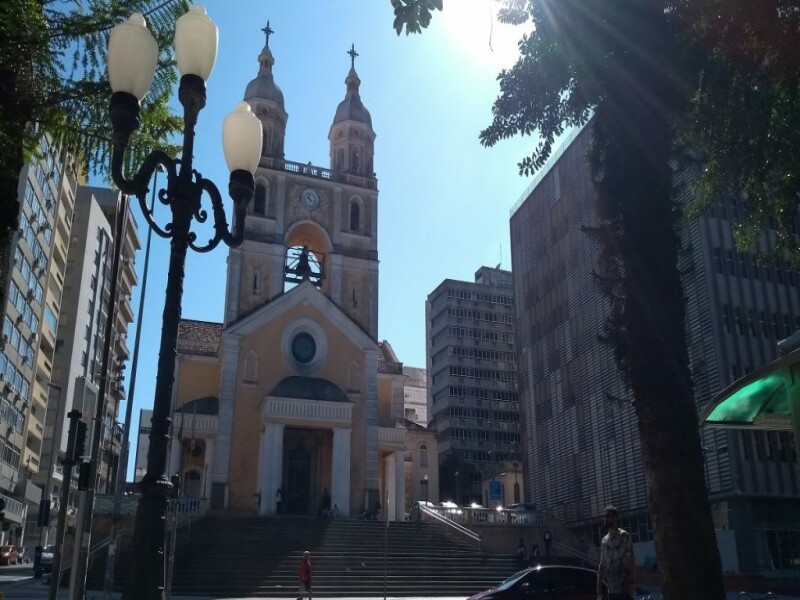 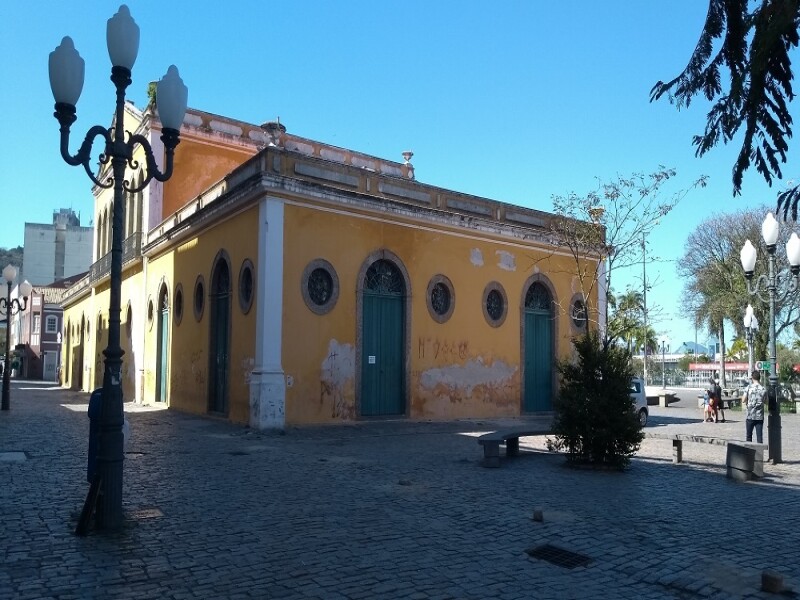 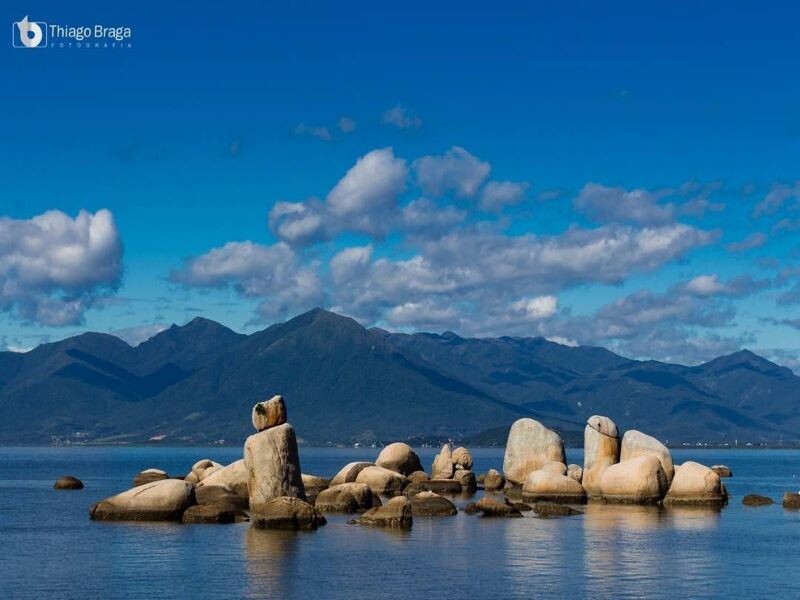 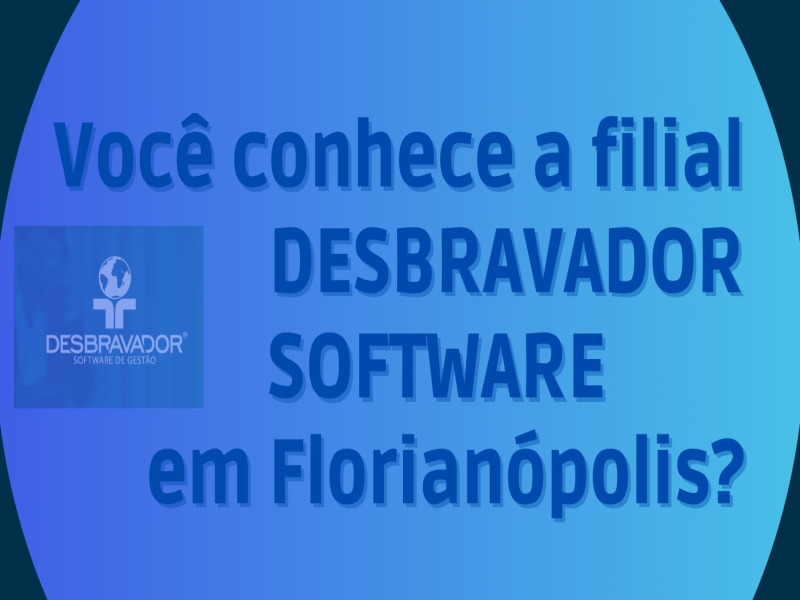 Every December we are sure of one thing: movies about Christmas with lots of snow! For those accustomed with that, it´s just another Christmas film. For us Brazilians it much more than that, it’s the dream Christmas. As in December it is summer time in Brazil it’s virtually impossible to enjoy snow for Christmas unless we go abroad.

Capital city of Ceara State, Fortaleza was founded in 1726. The city has a very interesting geographic localization: just 5.608 km far from Lisbon, in Europe and 5.566km from Miami in USA.